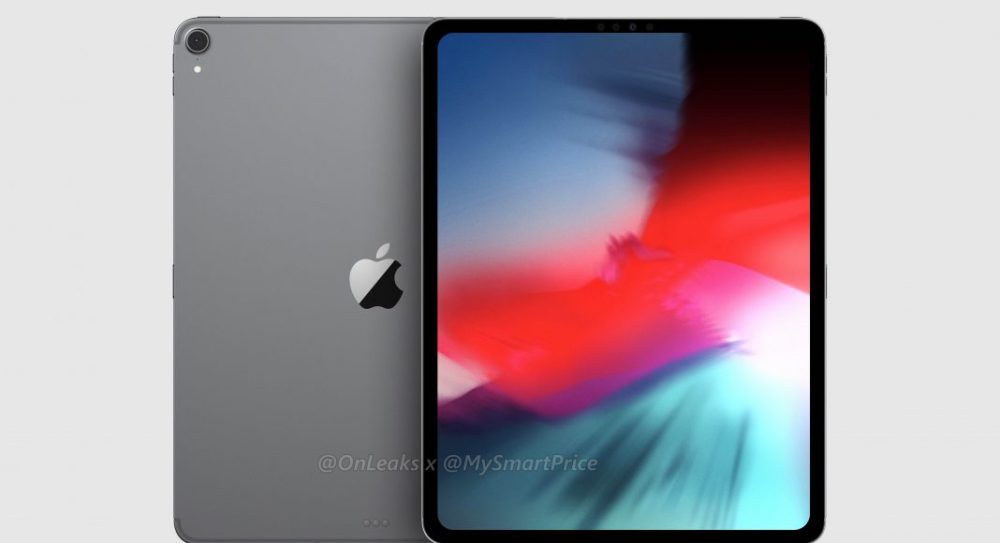 From the very first glance we can see that the iPad Pro 2018 is starkly different form its earlier variants. We can see the lack of a home button, a sharper design and thin, uniform bezels around the device. The absence of a home button could hint at the fact that the device is getting a true depth camera and Face ID.  Other than this, the lack of a headphone jack is also noted on these renders. The charging port is at the bottom middle of the device. However, this is right below the Smart Connector, which is placed on the back.

The Smart Connector is used to pair the iPad Pro with a keyboard to increase usability. The move to shift the Smart Connector to the bottom could be because of the fact that Face ID does not work horizontally. Therefore, the new iPad Pro might be used vertically, even for typing.

Two variants, the 12.9 inch and 10.5 inch iPad Pro are expected this year. However, it is reported that neither of them will have an OLED, rather they will have an LCD panel. The iPad Pro 2018 is also reported to run on the new A12X chipset. According to rumours, the A12X is going to be made using the 7nm technology which boosts performance and increased battery life. However, the devices are expected to have 4 GB of RAM, with varying storage variants going up to 512 GB.

The new iPad Pro will continue to offer Apple Pencil support, according to reports. The slimmer bezels will mean that the iPad Pro 2018 will be smaller in size, despite the same screen size as its predecessor.