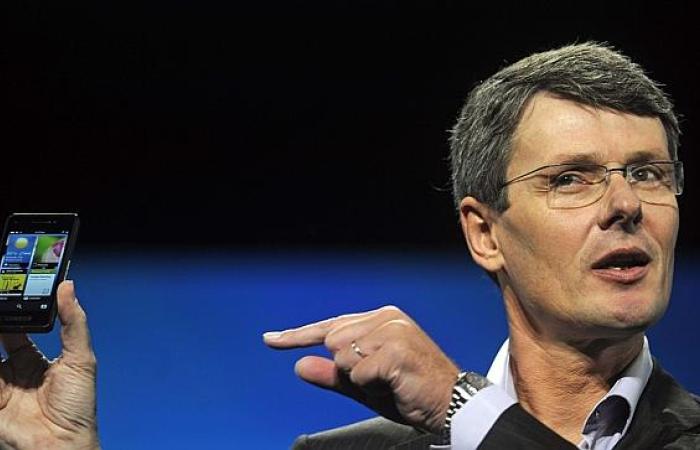 Thorsten Heins, BlackBerry’s CEO, has been on a mission to bring back the glory days of the smartphone maker. A huge sign of adoption occurred last week when BlackBerry revealed that an unknown partner signed up to purchase 1 million BlackBerry 10 smartphones – this was the “largest ever single purchase order in BlackBerry’s history.”

Now Heins has laid a burn on the iPhone, pointing out that its software is starting to look a bit dated. He is currently visiting Australia for the launch of the Z10 and had some choice words for their competitors, namely Apple.

Heins said “Apple did a fantastic job in bringing touch devices to market… They did a fantastic job with the user interface, they are a design icon. There is a reason why they were so successful, and we actually have to admit this and respect that. History repeats itself again I guess… the rate of innovation is so high in our industry that if you don’t innovate at that speed you can be replaced pretty quickly. The user interface on the iPhone, with all due respect for what this invention was all about is now five years old.”

Mr Heins said one area that the new BlackBerry phones had surpassed the iPhone was in the ability to multi-task – running multiple apps at once – meaning that users could work in the same fashion on their smartphone as they liked to on a laptop.

Apple’s future direction with iOS and its user interface are now a point of interest for the company, as it parted ways with its previous iOS software chief, Scott Forstall, late last year. That role, along with control of the design of OS X, has been handed to Jonathan Ive, who has overseen development of the company’s iconic hardware for years.

Shivaank Rana
iGyaan's Carlos Santana! Shivaank loves Apple products! He stays up to date with the latest happenings of the tech world and gets his hands dirty with the latest Gadgets! Follow Him on Google Plus : Google+
You Might Also Like
AppleBlackberryLatest
Read More