Apple has just announced “the biggest change since the launch of the original iPhone” ; iOS 7. The new interface is beautifully designed with a new layer of colors and icons. Transparency plays an important role here, along with gestures.

Folders have pages, for multiple apps and the Game Center now does not have any green felt. 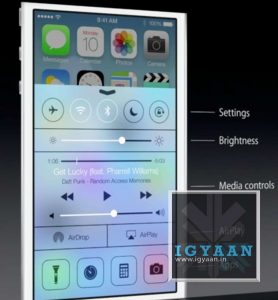 iOS now features Air Drop, allowing sharing of files through wifi just like on mac.  Select multiple people by tapping, “no need to run around the room bumping your phone” hah.

The new features of Safari from Mac have been brought to the iOS, tabs reading lists, auto fill keychains and passwords.

The new Camera allows square cropped photos with filters for apps like Instagram, along with new Photos app which features moments and collections for better organization of photos. Of Course sharing of 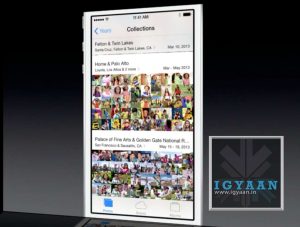 Siri now has been updated to look great and do more functions, Siri also has a new voice in both male and female tones.