by Happy NagashettiJuly 16, 2014
4
Now Reading
What the iPhone 6 Needs to Take on The HTC One M8
Browse This Page Ever since its release, the HTC One M8 has been one of the most admired flagships. With its aluminum unibody metallic design, the phone announces its distinguished class. Now HTC has decided that it will be giving LTE support to the One M8, making the phone future proof and a serious contender for a good while.

Now we see what the next version of the Apple iPhone needs to have to take on the HTC One M8. The HTC One comes with a spectacular 441 ppi display

The HTC One M8 comes with a 441 ppi dense 1080p HD screen, with Corning Gorilla Glass 3. In comparison, the iPhone, with its bigger sized display is speculated to come with a Sapphire Glass, which is one of the toughest glass out there. The glass is literally capable of surviving not just key chain scratches, but a full on knife assault.

Now here’s an impressive update for you. Apple has won a patent to make a casing of the Sapphire Glass. This might just be for the next iPhone outing. Unlike the glass design on the iPhone 4S, this one will be an unbreakable version and will prevent your precious iPhone and your emotional stability from shattering. According to the abstract on the patent document, the design might have multiple glass pieces fused together for overall protection of internal components. 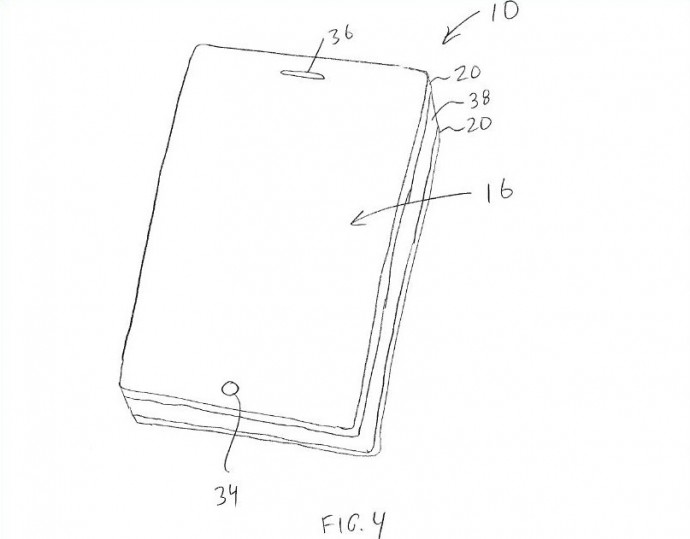 The next Iphone might be entirely made of Sapphire glass casing.

In comparison, HTC’s Aluminum casing is one of its most appreciated features. Apple will own the flagship casing fight if they integrate Sapphire Glass casing, but that will raise the price of the device significantly.

HTC has also evolved their dual speaker Boomsound feature quite efficiently on the HTC One M8. Also special mention should go the Dot Cover as its visually appealing.

With its dual camera feature, HTC has pioneered selective focus ability in the smartphone space. The phone also gives a brilliant software support to its camera system. Though some of the features are a bit gimmicky, but the average user will be able to add some incredible effects on their photos.

With the iOS 8 update the iPhone will get new composition tools, easy adjustment features, new filters and editing tools, and the best of all is a Time-lapse feature. After the slow-motion update in the previous generation, time lapse seems like the next logical step for the iPhone to take. Inter connectivity with OSX is the cornerstone of iOS 8

HTC has announced that the HTC One M8 will be one of the first devices, along with some more from the HTC family, to get the Android L update. The L comes with significant visual overhaul along with many functional changes making the system a lot more user friendly.

Apple, on the other hand, has packed the iOS 8 with some visionary features. The revamped notification center would make your life easier as you can access to all your important updates at one place. The interconnectivity features between the iOS and OSX devices are pioneering, and we saw Google showcasing something similar between the Android phones and Chromebooks. As the HTC One M8 will be one of the first devices don the Android L apparel, it will be the beneficiary of project Volta. With this new feature developers will be able to extend the life of the battery considerably. The 2600 mAh battery on the One M8, gives a day’s worth of charge but the web browsing coupled with the giant screen drains out the battery real fast.

iPhones batteries have always faced criticism for their dispiriting performance. Recently Samsung took a shot at iPhone users and called them “wall huggers.” Apple conceded and agreed that some of its phones faced reduced battery life. Now it’s to see if Apple makes the correction in the latest version, or the wall huggers will again be on their quest to find the charging sockets.

Overall, with increased screen size and hopefully better battery backup, the iPhone 6 will be capable of taking on the HTC One M8. HTC might hit back with a better user interface using the new Android L. On the software front though both OS are competitive with Apple getting the advantage for its better interconnectivity feature with the OSX. Even if you don’t have a Mac OSX device, the iOS would be suitable as a standalone device too. HTC should definitely gear up for the upcoming war.

Happy Nagashetti
iGyaan Network's newbie Happy is a Technological Hedonist, Traveller, Photographer, Curious Humanoid and a giant foodie who is always pumped up for new adventures.
You Might Also Like
AppleHTCLatest
Read More