In December, 2015, Calif, San Francisco, became victim of a cold-blooded shooting incident orchestrated by Syed Rizwan Farook and his wife, Tashfeen Malik. Fourteen civilians were shot dead before the couple was taken down by the police. It was later confirmed that Rizwan Farook’s phone, an iPhone 5c, was in custody with the authorities.

After two months of failed attempts of unlocking it, the court ordered Apple to provide an encryption code that would take down the security measures of the device. Judge Sheri Pym asked Apple to provide specialized software that would bring down the security, while also getting rid of the feature which erases all data from the phone after a couple of unsuccessful attempts to log in.

It was later confirmed that the auto-delete feature has been deactivated and that authorities are using brute force attack to unlock the code. According to Apple, a method of this kind would take decades to move past the security encryption of the phone. In fact, a supercomputer would take over five years to crack such a six-digit code. 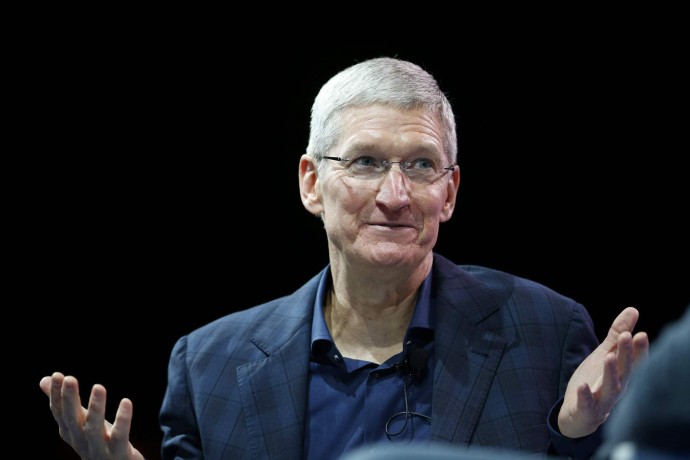 He may look it, but he’s not pleased.

Apple has accepted that it is pretty much impossible to break into an Apple device which is running on iOS 9. In the wake of these events, Apple was requested by FBI to provide a unique encryption that would allow them to retrieve security key to Rizwan Farook’s iPhone. Apple refused to offer a solution that would allow FBI to bypass the code for it believes this would be detrimental for the security of iPhone users all over the world.

“We have great respect for the professionals at the FBI, and we believe their intentions are good…The FBI may use different words to describe this tool, but make no mistake: Building a version of iOS that bypasses security in this way would undeniably create a backdoor. And while the government may argue that its use would be limited to this case, there is no way to guarantee such control,” Tim Cook wrote on the Apple website.

Apple has been very conscious of its users’ privacy from the start. Only a few days ago the company had declared it would never reveal personal details of iPhone users to the police. And now comes this very clearly stated message from the company. Tim Cook is definitely not overly pleased by FBI’s demands and has made his stance clear. Has he opted for the right plan of action by protecting users’ privacy all over, or should he just go ahead and provide the authorities with the encryption?