Apple Pay Steps Out of the US For the First Time, Arrives in UK Next Month

by Rishi BaruahJune 9, 2015
4
Now Reading
Apple Pay Steps Out of the US For the First Time, Arrives in UK Next Month
Browse This Page The WWDC 2015 kicked off in style. Along with introducing iOS 9 and OS X El Capitan, another set of important announcements made by the tech giant were about Apple Pay, the company’s NFC and Touch ID-based mobile payment solution.

Jennifer Bailey, Vice President of the Online Store of Apple, came up on stage to talk about the service. She announced that it will finally be made available in the UK, from July 2015. People will now be able to make quick transactions at Boots UK, BP, Costa Coffee, Dune, JD Sports, KFC UK & Ireland, Liberty, LIDL, Marks & Spencer (M&S), McDonald’s UK, Nando’s, New Look, Post Office, Pret A Manger, SPAR, Starbucks, SUBWAY stores, Wagamama and Waitrose. 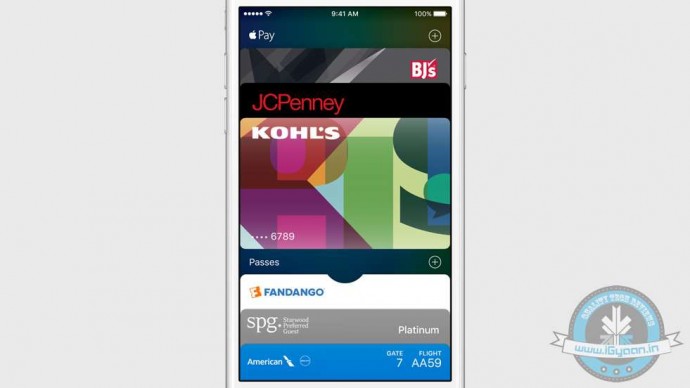 Apple is partnering along with HSBC, Santander, Natwest, Nationwide, First Direct for the UK launch, and many more. Users will also be able to redeem reward cards from Kohl’s, Walgreens and Dunkin’ Donuts. The biggest news of all was that Apple even managed to rope in Transport for London to accept Apple Pay. So you can use your iPhone or Apple Watch to pay for your travel or daily commute.

Physical stores aren’t the only places where this service comes of use, you can use Apple Pay to pay within apps; cutting short the procedure. Apps that will accept Apple Pay in the UK, include Addison Lee, Airbnb, Argos, Booking.com, British Airways, Domino’s, easyJet, Hailo, HotelTonight, hungryhouse, JD Sports, Just Eat, lastminute.com, Miss Selfridge, Ocado, Stubhub, thetrainline.com, Top 10, Topshop, Uncover, Vueling, YPlan, Zalando and Zara, among others. To pay within apps, Apple Pay is compatible with iPhone 6, iPhone 6 Plus, iPad Air 2 and iPad mini 3. Another important advancement to Apple Pay is that later this month, Pinterest will launch ‘buyable pins’ that will allow you to buy things from Nieman Marcus and Macy’s using the Apple Pay. Other than the UK, Apple also announced Apple Pay will be adding support for rewards programs and store-issued credit and debit cards. Apple Pay has managed to expand merchant acceptance to over one million locations in the coming month. With this addition, Apple Pay will accept credit and debit cards across all major card networks, issued by the most popular banks, representing 98 percent of all credit card purchase volume in the US.

Paying using Apple Pay is as simple as holding your iPhone near the contactless reader in the store, while keeping a finger on the Touch ID. With Apple Watch just double click the side button and hold the face up to the contactless reader to make a purchase right from your wrist. For now, Apple Pay is currently supported for iPhone 6 and iPhone 6 Plus and the new Apple Watch, allowing you to pay for items. Apple uses the NFC technology and the Touch ID fingerprint reader to authenticate purchases for buying goods in a store. Keep on checking iGyaan for more updates.