Apple iPhone 6s – Everything We Know So Far

by Rishi BaruahJune 29, 2015
5
Now Reading
Apple iPhone 6s – Everything We Know So Far
Browse This Page The Apple iPhone 6 and iPhone 6 Plus released last year in September. It barely seems any time has passed and we’re already hearing a steady flow of rumours about the next iPhone, temporarily dubbed as the iPhone 6s.

If we took a wild guess at what the smartphone might incorporate, we would include a long list of patents that Apple have issued to the USPTO (United States Patent and Trademark Office). Going by the patents, Apple might have a three-sided wall display, a smart waterproof design and it might be flexible. Like we said, that would be our wild guess.

Coming back to reality, we have a long list of rumours that give us a good idea of what the next iPhone might incorporate. It is highly unlikely that Apple will be going for a significant design change for the new upcoming iPhone. Since with the iPhone 6, the company’s flagship went through a major makeover. We also read that the next iPhones will include Force Touch and a new casing to make the iPhone 6S wider, taller and stronger.

The new model will run on iOS 9 and have an upgraded processor, as Apple announced at the WWDC this year. We saw in May that Samsung might provide chipsets and displays for Apple’s upcoming products. Ming-Chi Kuo, an Analyst at KGI Securities, says that Apple’s next iPhone 6s models will be powered by a next-gen A9 processor. There are no official confirmations from both the tech powerhouses, but if correct, we may soon see something very different from this alliance. Some sources state that the upcoming handset is expected to arrive with a 2GB RAM. From the battery perspective, Apple will use a next-gen battery that goes beyond the barrier of the conventional rectangular slab type and can take any shape. This battery consists of thin electrode sheets stacked on one another. This way, developers would be able to utilize the reserved battery space to embed an LTE chip. 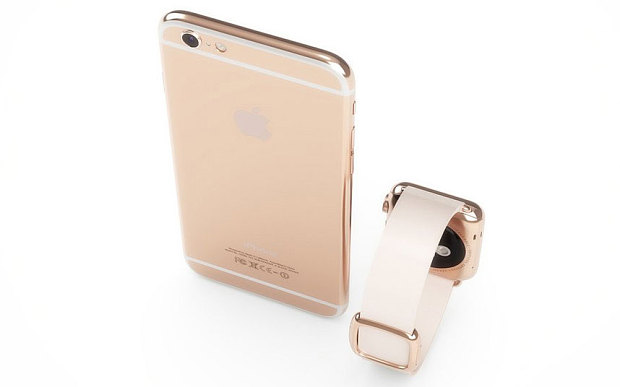 According to AppleInsider, Ming-Chi Kuo also said that Apple will be offering an additional Rose Gold option for the upcoming iPhone, to keep its market in momentum. It is entirely possible that Apple may release two variants of the iPhone, the smaller 6s variant, and a larger 6s ‘Plus’ version.

If rumours are to be believed, the upcoming iPhone 6s will be available in stores from 25th September this year. According to the source, pre-orders will start from 18th September and it will go live physically on 25th September.

There is still more than two months left before we see the new iPhone. Until then, we’ll make sure to keep you updated about its (leaked) details.