A lot of rumours and speculations are revolving around the next iPhone, ‘temporarily’ named iPhone 6S. Apple’s latest products in the market, iPhone 6 and iPhone 6 Plus, include the most notable upgrades the company has incorporated since years. However, barely a few months after the launch, we have listed rumoured specs and features about the next iPhone.

If we have to take a wild guess at what the smartphone might include, we would include a long list of patents that Apple have issued to the USPTO (United States Patent and Trademark Office). Judging by these patents, Apple might have a three-sided wall display, a smart waterproof design and it might be flexible. As we said, that would be our wild guess.

Today, a batch of leaked images has hit the Web, purported to be of the iPhone 6s’ metal casing or chassis, thanks to 9to5Mac. 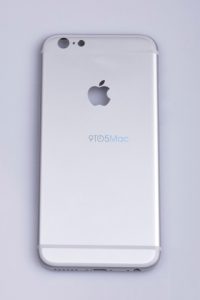 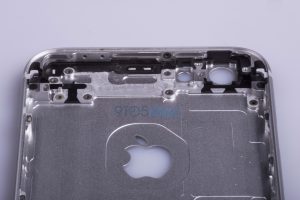 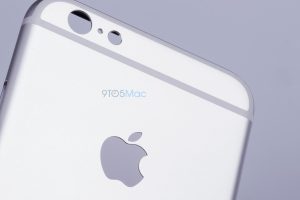 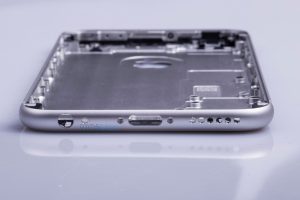 As we can see in the pictures, the iPhone 6S is almost identical to both the predecessors in the terms of height and width. Unfortunately, the dual camera rumour will turn out to be untrue if these images are authentic. Changes in the internal mounting board also suggest of changes in chipset and quite a few more components. Few rumours suggested that there would be an antenna on the phone, but the metal casing proves this rumour to be false. The rest of the components, like the lightning port, audio jack and speaker holes are in the same place as the iPhone 6.

From the above details, it is highly unlikely that Apple will be going for a significant design change for the upcoming iPhone. Since the launch of iPhone 6, the company’s flagship has gone through a major makeover. We also read that the next iPhones will include Force Touch and a new casing to make the iPhone 6S wider, taller and stronger.

The new model will run on iOS 9 and have an enhanced processor, as Apple announced at the WWDC this year. We saw in May that Samsung might provide chipsets and displays for Apple’s forthcoming products. Ming-Chi Kuo, an Analyst at KGI Securities, says that Apple’s next iPhone 6s models will be powered by a next-gen A9 processor. There are no official confirmations from both the tech powerhouses, but if correct, we may soon see something very different from this alliance. Some sources state that the upcoming handset is expected to arrive with a 2GB RAM.

It is also possible that Apple may release two variants of the iPhone, the smaller 6s variant, and a larger 6s ‘Plus’ version.

If rumours are to be believed, the upcoming iPhone 6s will be available in stores from 25th September this year. According to the source, pre-orders will start on 18th September and it will go live physically on 25th September.