Sections
Top Around the Web
CompareComparing...
10086

Apple has designed a new System on chip for the Apple Watch Series 2, giving an output of 60fps for the display the new redesigned CPU and GPU. The display is now 1000 nits which is exceptionally bright.

The new Apple Watch Series 2 also has built in GPS so that you don’t have to carry your phone when you go for a run. You can sync up the data with the iPhone once you return to it. 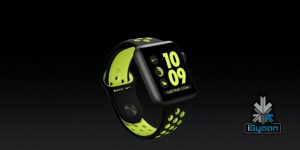 Apple is making sure that the Apple Watch Series 2 conforms to the Green rules for all their products.

The original Apple Watch will get a dual core processor and a lower price tag. The Apple Watch Series 2 will go up for Pre-order on Sept 9th and on sale September 16th.