iPhone 9’s L-Shaped Batteries To Be Made By LG

by Anshika JainJuly 21, 2017
0
Now Reading
iPhone 9’s L-Shaped Batteries To Be Made By LG
Browse This Page

Never A Dull Day At The Apple Rumour Mill
Share via

We already have enough of the iPhone 8 rumours and speculations, but that hasn’t stopped new reports from claiming  that LG will be the exclusive battery supplier of the L-shaped batteries of next  iPhone, dubbed ‘iPhone 9’. According to the report, Apple and LG have reached an agreement, making LG the sole vendor of the iPhone 9’s battery.

Apple is usually known to hire multiple providers for sourcing parts but apparently, LG’s huge investment in dedicated battery manufacturing facilities was a major reason why Apple sided with them. One of the other reasons could be the recent backing out of providers from the agreement causing an expected further delay in launch of the iPhone 8.

As per the recent speculations, Apple’s next-generation iPhone will use a battery module that is either “bent” or extended to one side at its bottom to form an “L” shape.  The L-shaped battery feature is also expected in the iPhone 8. The feature will not only allow Appleto increase the battery size without increasing the phone size but will also boost the charging speed. 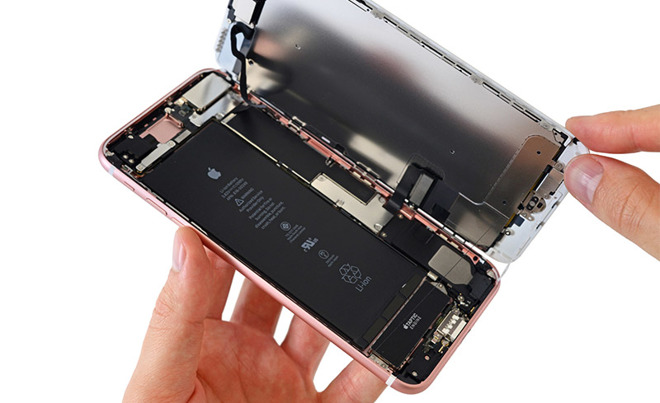 LG’s focus on the L-shaped design can also be another reason for Apple to get in with the agreement. Whereas other suppliers like Samsung, Motorola etc., choose to stick with the traditional design featured in the most smartphones.

A report earlier this year said that Apple could also introduce two new OLED screen sizes with the iPhone 9, including 5.28-inches and 6.46-inches. Of-course nothing can be said for sure based on the far fetched speculations and considering the delays in the production of iPhone 8 we might want to get past the current launch season before taking a dive in the next one.

The “iPhone 8” is rumored to feature a full-front OLED screen, front-facing 3D-sensing camera, wireless charging and embedded Touch ID sensors. And is expected to be announced at Apple’s September event.