Edit: Its time to Tabulate with the Galaxy Tab 750

by Bharat NagpalAugust 11, 2011
8
Now Reading
Edit: Its time to Tabulate with the Galaxy Tab 750
Browse This Page Its one of those things that takes time to reach its prime potential. Tablets were introduced in 2010 and primarily a couple of brands ruled the market. With the iPad eating the largest slice of the market share, Android tablets started to pour in by the second half of 2010.

The Original 7 inch Galaxy tab was the first true Android tablet to be launched in India. While it filled a major void that was left in the market due to the unavailability of the iPad, people were not quite ready for a switch to tablets and the tablets weren’t quite ready for human consumption.

2011 marked the era of the Tablets, with advancements in technology that allowed for powerful devices to be manufactured at prices well within the buying power of the consumer, Tablets have taken the market by storm, bent it, made space and created a new segment of electronic goods.

The year started with many tablets, The iPad 2 being the most impressive and the most dominating, followed by low numbers of the Motorola Xoom, RIM Playbook and others. Samsung had announced plans of launching the 10 inch tablet before the announcement of the iPad 2, but later changes in design and specs caused a major delay in the actual release date of the device.

Most are calling this tablet a true iPad 2 rival, a market favorite of sorts. So, in a market like India where people are finally making space in their life for tablets, where does the Samsung Galaxy Tab 10.1 or the Indian Galaxy 750 fit in?

Here is our EDIT  on why the Galaxy 750 is special for us and the Indian Market. We already handled the earlier Tab ( thicker version), but for reasons unknown the device was never released and its a good thing. The new Galaxy 750 is just 8.6mm, it is 0.2mm thinner than the iPad 2. and weighing only 565g it’s also 36g lighter than the Cupertino tablet. The device is brilliantly built from from to back and is easily held in one hand. The shape and the design of the Tablet along with a good mix of materials make it feel like a luxury.

The Galaxy 750 runs Android Honeycomb 3.1, which is the latest version of Android meant for Tablets. This brings about much more usability to the device including  resizable widgets and a better application management system as shown by us in out preview of Honeycomb.

The newer Galaxy 750 also drops the 8mp rear camera for a 3mp one, which doesn’t bother us and is still far superior than the iPad 2’s unknown less than 1Mp camera.

The Galaxy 750 also adds the newer version of TouchWiz on what is usually a boring interface. TouchWiz not only makes the user interface on the device more attractive to look at, but also adds a whole host of features. The inbuilt task manager, ram management, Voice functions and several multimedia enhancements make the experience a lot better. One of the biggest deciding factors for the device has to be the fact that, people want to use a Tablet as a replacement for a laptop or a netbook. The iPad does not fulfill that gap because of the closed structure of iOS. While ruling the mobile structure , iOS does not quite answer to the day to day requirements for a tablet user.

Basic file sharing is disabled in iOS, where as Android allows all sorts of file sharing. The device also has the ability to read from USB host devices, but itself lacks a usb port. The Galaxy 750 will require a proprietary cable and will be able to read content from USB hard drives or flash sticks. Making it a far better laptop/netbook replacement than any other Tablet in the market.

The fact that the Galaxy 750 runs Android, also means that its an easily customizable device, if you don’t like the theme or layout, you can change it. Widgets make it easy to stay up to date on all sorts of information, from stocks to weather, from social networking to emails, new releases and quick actions. The widget- laden interface is a lot of fun to interact with and is also one of the primary reasons we like Android.

The Galaxy 750 can also be the perfect travel companion, not only for business, but also for fun. Download the Kindle App or read a book from the Samsung bookshelf, watch movies on the stunning 1280x800px display which is exceptionally bright. The Galaxy 750 also has a 4 way motion sensor, a Gyroscope, which would make the gaming experience better than any other tablet in the market, including the iPad 2. Samsung also uses this technology for panoramas in the camera and for navigating through the UI like in the case of the Galaxy S2.

If you didn’t consider buying a tablet prior to this, the time is now. Samsung have brought Tablets, especially Android Tablets, to a place where no one has been able achieve before. A portable media centre which begs attention, a device powerful enough to replace a netbook or even a laptop. Enterprise emails and Office Apps are already on the device along with a 16GB storage (expandable). The device also features a dual core 1 GHZ NVidia Tegra 2 processor with 1 GB of Ram dedicated to the Tablet.

The Future of tablets is here and its Time to Tabulate with the Galaxy 750.

Until something better shows up anyway!

We can’t express how excited we are to unbox and review this device for you guys! If you have some special requests please leave them in the comments below.

Full Specs for the Galaxy 750 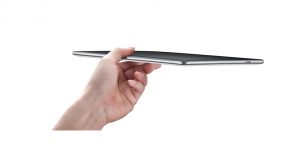 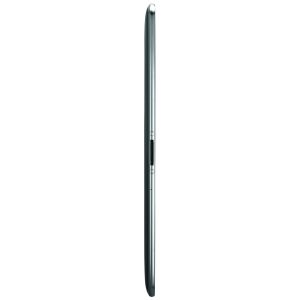 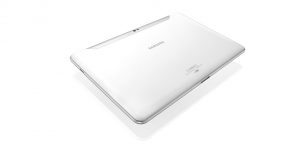 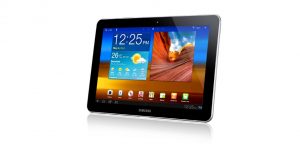 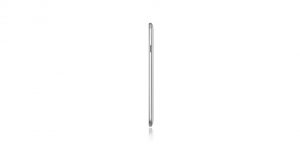 Bharat Nagpal
Founder and Chief Editor of iGyaan. Bharat likes to keep on top of technology ! Follow Him on Google Plus : Google+
You Might Also Like
AppleiGyaanLatestRecommendations
Read More