Edit : Anticipation of the New iPhone 5/ 4s is higher than ever

by Bharat NagpalSeptember 17, 2011
2
Now Reading
Edit : Anticipation of the New iPhone 5/ 4s is higher than ever
Browse This Page 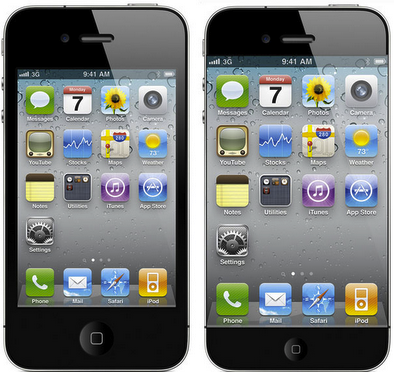 What is pushing the iPhone to the top of the world?what causes the low supply and large demand? We say its basic rules of economics learnt in High School, to make the demand of a commodity more, the supply needs to be regulated. This time around anticipation of the next Gen. iPhone is higher than ever. With reports of a cheaper variant of the iPhone 4 looming, most users are delaying their cellphone purchases indefinitely.

The iPhone since its launch in 2007 has been the number one smartphone in terms of market share in sales. This has happened not only due to innovations in technology but also because of the fact that Apple is extremely smart when it comes to marketing the device. The first true capacitive touch phone, with the first true capacitive input OS. The first app store that revolutionized apps on a mobile platform. Everything along the smartphone business, Apple has changed the way we use our devices. Today companies like Micromax, Videocon and other budget phone manufacturers are eating off the profits of the Apple name. Micromax even launched an AD-Campaign for the A70 stating “I can afford this Phone – emphasis on iPhone”. People often take the iPhone as a flagship and compare other devices with that. Sure there are hardcore Android fans and I am one of them, in-fact i love all OS types. For the sake of iGyaan I need to possess flagship devices from all platforms, yet if given the choice i will always choose my iPhone. Over 90% of the total questions we receive at iGyaan ask us to compare simple Android phones with the fluidity of the iPhone, The answer always has been till now – no other device can match the responsiveness of the iPhone. Yes it crashes, yes you hate it, yes its closed, yes “Bharat is an ex-Apple man”, But it doesn’t change the fact that not only does the iPhone  have the best resolution display till date, unmatched by any manufacturer,it also has the most fluid OS in the world.  This device is meant to be touched and it only relies on that. No matter what hardware you stuff behind the touchscreen of the device, 2x Quad core processors for all we care, untill you iron out the lag between screen swipes, we prefer iPhones.

Apple is also a brand of the youth, it has always been. PCs have been boring for a very long time, since the beginning of computer time. Apple has been always loved by the youth, creative people, writers, artists, web designers, graphic artists and all new forms of young professionals love Apple and the ease of use of the OS and all the softwares around it. All non tech related ads have people using Apple computers in them, this is nothing but passive marketing for Apple and most non technologically sound people love it(that includes more than 90% of the global pop FYI) .

Not to forget the constant mis-marketing by websites like iGyaa ( if only Apple paid us a dollar for every-time we wrote their name on our website) feeds to the brains of technology loving people young and old alike (yes you reading this). People are constantly being hypnotized to believe that the iPhone is mother-ship and every thing else is nothing in-front of it. Althought that is so not the case.

So why is the iPhone now the most sought after phone? Despite its high price and low tech specs, most will still prefer it over their juiced up Android device. If an iPhone 4 was to be available at say 19 Thousand Indian rupees / 350-400 US$, you will see the likes of eBay and craigslist full of second hand Android phones and Blackberries. The new iPhone 5 in recent surveys has been on more than 30% peoples waitlist, that is more than 3 times of the next best OS = Android which stacks in at a mere 9.4% in the list of “My next phone”. The iPhone 5 is coming and people are waiting for it anxiously, so are we. The device whether a major change or minor, will cause people to queue up and wait outside stores for weeks. It will also cause some people to sell their kidneys and some to be highly disappointed with its not so impressive upgrades. The only question that now remains is

HAVE YOU DELAYED YOU NEXT SMARTPHONE PURCHASE IN ANTICIPATION OF THE NEXT IPHONE?