Here Is How Apple Watch Covers All Bases In Modern Healthcare

by Vikhyaat VivekJune 4, 2019
0
Now Reading
Here Is How Apple Watch Covers All Bases In Modern Healthcare
Browse This Page In a world where health concerns are on the rise, each step taken in the right direction may save lives. Apple recognised the need for a device that brings genuine utility for its consumers. Rather than making an entirely new product, it has added new layers of functionality that enables the device to be a small but impactful health partner. Apple has focused on making the Watch a standalone experience with its own unique functions. With the inclusion of an ECG sensor on the Apple Watch series 4, health took an active role with the device. Incorporating many of the health monitoring features that have been popular in the mobile industry such as tracking the number of steps taken. With individuals becoming more self-aware and conscious with their health, the industry soon adapted to provide the market with their current demands. 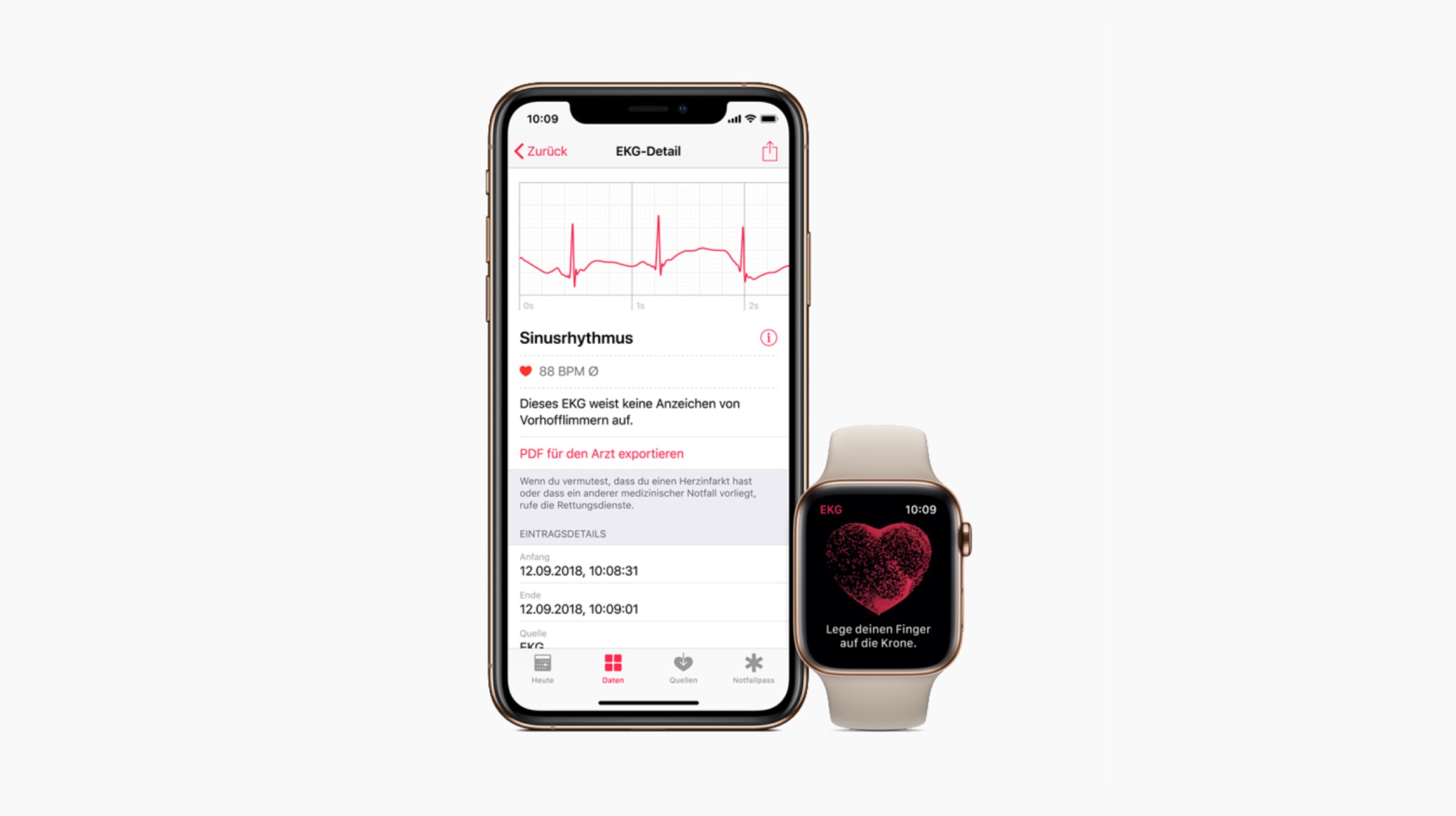 Health partner bands and companion wearable devices are not a new concept now, but Apple with its inclusion of functions like noise detection and menstrual cycle tracking made the experience a lot more streamlined and rounded. ECG sensor that brought real-time monitoring of heart rate, in countries like India where heart conditions affect nearly one-third of the entire adult population, makes it more than a useful tool for everyday use. (ECG is presently only available in limited countries) The latest update to watchOS 6 had Apple say, ‘why stop there?’ The company along with its new ‘faces’ has seamlessly integrated pro-health functions to the Apple Watch. The ‘Loud Noise’ detecting app is one such application that passively records and measure sound levels in the users surrounding ambience. Noise pollution has become a real epidemic in the modern world and areas where sound levels cross 90 decibels are immediately notified to the user as harmful and unsafe. This function has yet to be reproduced by other manufacturers that target health-conscious consumers. Apple, for its women userbase, has added a uniquely interactive app that lets them track their menstrual cycles. With the new Cycle Tracking App, women can log important data related to their menstrual cycles. The application with data inputs is also capable of predicting future cycles beforehand along with current period flow, symptoms and results from ovulation prediction kits. Fertility and ovulation can also be tracked by Apple Watch. No wearable device/companion, even the ones specifically made for health monitoring feature such degree of functionality at this size. Apple succeeded in making the best wearable device in the market in this regard. Users can get a full picture of their health right on their wrist without ever needing an iPhone.

Apple has also made the Apple Watch a more stand alone device, which means it can function without requiring input from the iPhone. The Apple Watch offers Fall detection and emergency auto dial for the elderly, Heart Rate monitoring, and ECG, along with several other features like, Breathe reminders and fitness tracking which include auto exercise detection. The Apple Watch has already saved a lot of lives with some of it’s features and with more being added with WatchOS 6, the Apple Watch has now become the most well developed fitness and health tracker.