These Samsung Galaxy S11 Renders Based On Patents Are Breathtaking

by Sahil KapoorJuly 15, 2019
0
Now Reading
These Samsung Galaxy S11 Renders Based On Patents Are Breathtaking
Browse This Page In the month of February, Samsung unveiled the Galaxy S10 lineup of smartphones which are significantly different that their  predecessors (1). As it seemed Samsung can relax for while as the launch of the future flagship is still distant, a freshly granted patent which allegedly corresponds to the Galaxy S11 has surprised us. 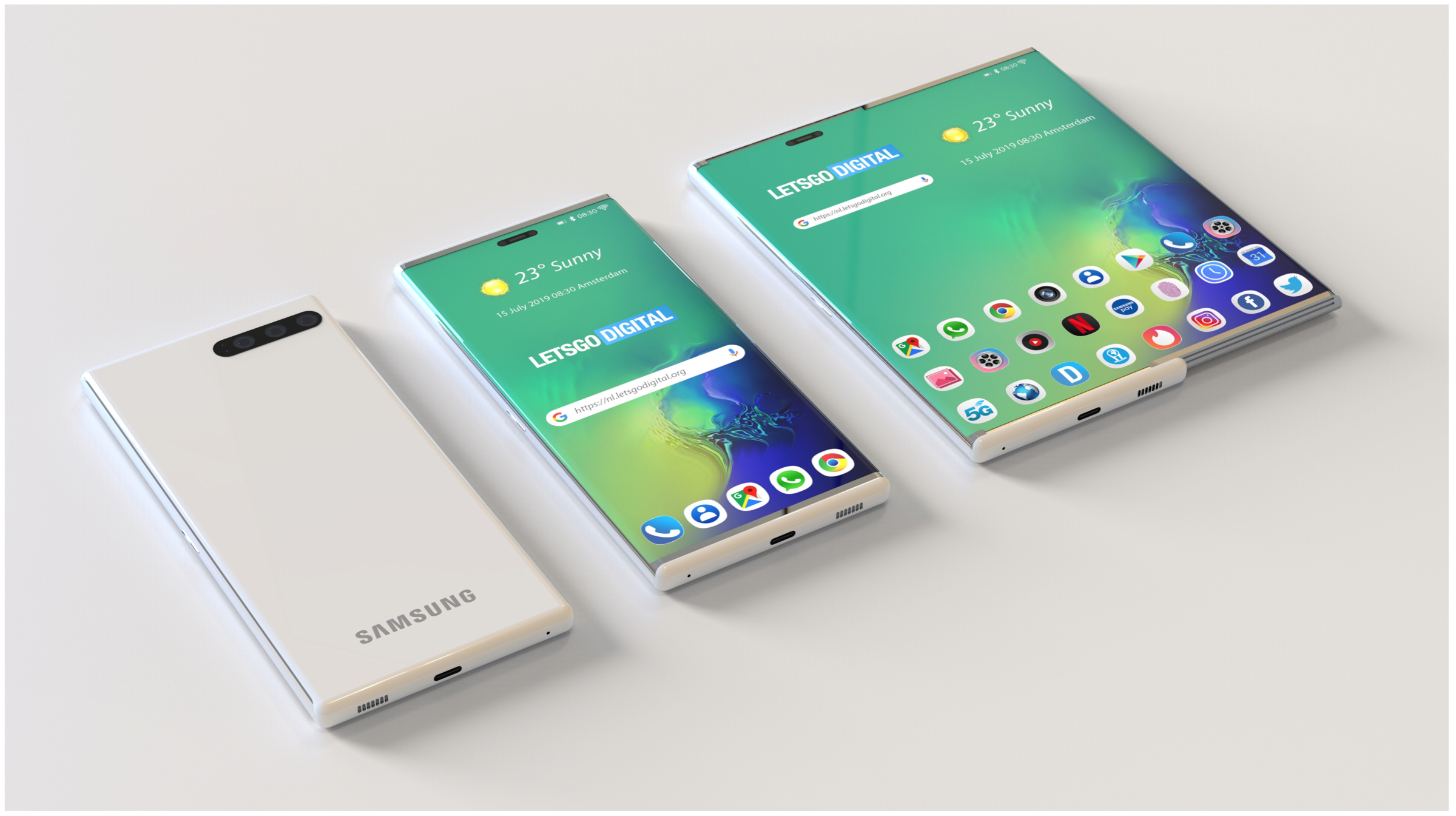 The patent which supposedly belongs to the Samsung Galaxy S11 has been granted to the company by KIPO (Korean Intellectual Property Office). According to the drawings in the document, the upcoming Galaxy S smartphone will have an expandable display which extends from the right side of the device. Based on the reference images, a German blog named Letsgodigital has created life like 3D renders of the handset which look absolutely astounding.

Accordingly, the upcoming Galaxy S11 might be Samsung’s second attempt, after Galaxy Fold to accomodate a large screen display on a compact smartphone. Similar to current gen Samsung Galaxy S handsets, the device in the patent also has a punch hole which seems to house an earpiece grill and dual front cameras. Unforntunately, the patent lacks any information about the functioning of the display. However, it is possible that Samsung might use a rollable display on this device which will tuck itself into a reel like shape when in the closed position. This mechanism could be similar to what is expected with the predicted Sony smartphone. Having such a display on a smartphone can open up whole new world of possibilities. As a device like this can serve a dual purpose of both a smartphone and a tablet. Nevertheless, conceptualising such a visionary smartphone is easy but turning into a real life device is quite challenging. Even though the probability of such a display being equipped on the Galaxy S11 are considerably low. However, with the kind of money Samsung expends on R&D, we believe it is only a matter of time that such technology is available at the consumber level.