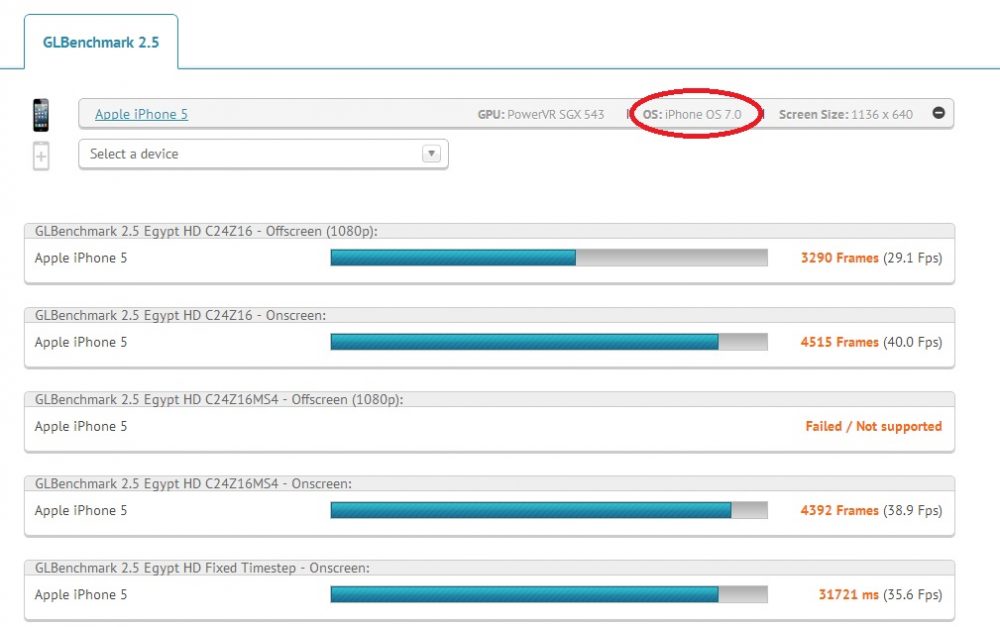 A GLBenchmark result page, sent to us on Facebook by Akash Sukhija, shows the Apple iPhone 5 running on iOS 7, the next version of the Apple mobile operating system. On top of the results page, the OS tab reads “iPhone OS 7.0”.

This comes at a time when Apple is set to release its promised fix for an iOS 6.1 bug that enables intruders to by-pass a user’s passcode and access certain areas of the phone, could be released this week. The rollout of iOS 6.1 hasn’t gone as smoothly for Apple as the company would have liked and it would be eager to make sure that iOS 7 does not follow a similar path.

Apple launched iPhone 5 in September along with iOS 6, and it has been reported that the new iPhone will be released in the middle of 2013. Reports last month suggested that Apple could unveil the next version of its iPhone and iOS 7 as early as the spring of 2013.

Back in January, App developers had found references in their usage logs to a new version of the iPhone – identified as iPhone6,1 – and to iOS 7.

This webpage all but confirms Apple’s iOS 7 testing. Thanks Akash!

You can find the webpage here.