Yesterday Apple finally unveiled all the new generation of products from its stable. All the new-gen iPads and iMacs are here. The new iMac with a 5K display stands out amongst all the announcements as it will be a boon for creative professionals. But there was one announcement that caught everybody’s eye which was the announcement of the Apple SIM.

Apple SIM is a reprogrammable SIM (Subscriber Identity Module) that you can use to switch from carrier to carrier, networks and pricing plans using just a user-friendly software in the device. The card will still be removable and if you buy a carrier locked device then it will carry the carriers SIM card. Though it though seems like this convenient new technology will be appreciated by people always on the move and might actually replace the concept of the SIM card in the long run. 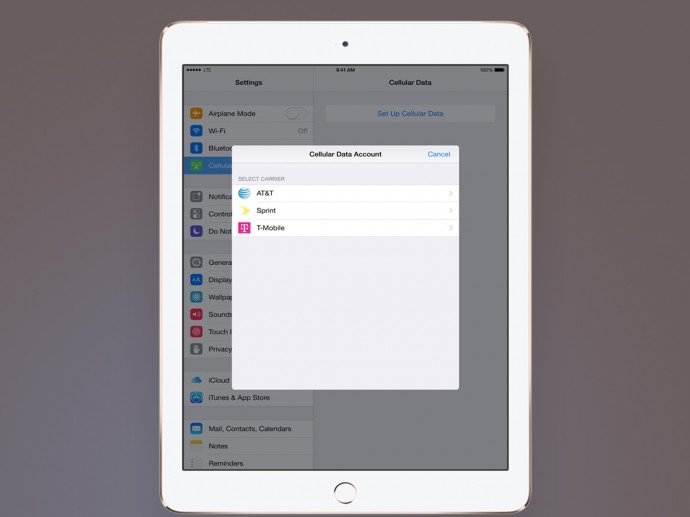 With Apple SIM you can switch between multiple networks and pay plans.

The concept of a universal SIM card sounds great, but it will come with its challenges. Presently removable GSM SIMs including the Nano-Sim and Micro-Sim are convenient and are easy to acquire. They also give the option of a removable battery which lets users carry multiple batteries always to have a charged device. Also convincing every mobile operator in every country to join in on the Apple SIM revolution would be tough.

Apple does not like SIM cards and has been at the forefront of the introduction of the new age SIMs. But there is also a hope that this will usher in a new era of moving across multiple networks with ease. The folks, who travel internationally, can save tonnes of dough by switching to local networks without having to pay the excessive roaming charges.

There is one other major issue that needs to be addressed, and that is the big Android, iOS fight that defines the present Smartphone. Both sides are equally formidable opponents to each other. While Apple has constantly challenged the market with new SIM innovation, the massive Android market has usually provided solutions. Android market would have to adopt to this SIM or maybe Google can use its sheer size to keep the SIM cards going. This might actually create a real divide between the two smartphone superpowers.

As this is still the beginning of the Apple SIM, we won’t know its prospects as of yet. In the coming future, we’ll get a chance to reflect on the development of this innovation. We need to play with this new technology to give a definitive answer.