by Parul Ritvik SoodJanuary 29, 2015
0
Now Reading
Apple Ties With Samsung For the Top Spot in the Global Smartphone Market
Browse This Page

Apple is celebrating one of its biggest victory in its history. The Cupertino, California based iPhone maker has noted a $18 billion of net profit in last quarter, making it the most profitable quarter ever, not just for Apple, but for any company.

Now, new statistics have drawn in, putting both Apple and its arch-rival Samsung on the top slot in the last quarter of 2014. According to research firm Strategy Analytics, the iPhone maker’s global market share has grown to 20 percent, from 18 percent last year, while Samsung’s fortune headed the opposite direction dropping the firm to that same 20 percent figure from 30 percent in the year-ago period. 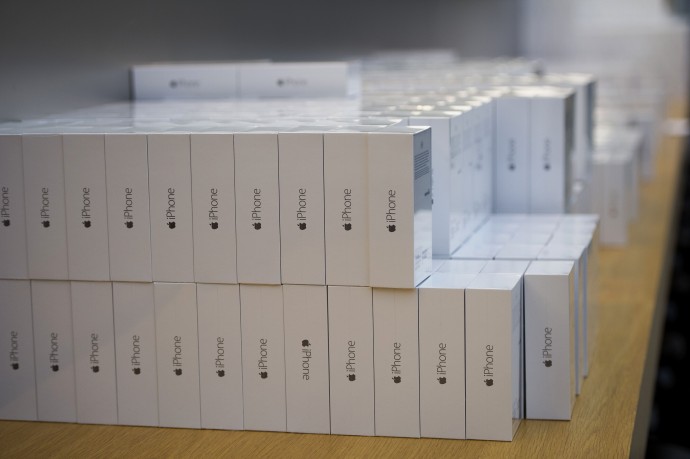 With Apple’s big screen iPhone, a bigger display is no longer a reason to buy Samsung’s devices

While Samsung still remains number one when it comes total shipments of the year 2014, Apple has matched Samsung’s fourth-quarter shipments of 74.5 million smartphones. The major reason of these interesting figures in Apple’s sixth generation iPhones which embraced larger screens and LTE trends to excite Asian consumers.

Samsung has been struggling to keep up with Apple in the high-end smartphone market and likes of Xiaomi and Micromax in the low-end market. With Apple’s big screen iPhone, a bigger display is no longer a reason to buy Samsung’s devices, and its smartphones can’t reach the low prices of those from Chinese and Indian vendors.

Apple took three year to comeback as a top dog in the tech industry, after Samsung replaced it in 2012. There has been a drastic shift in the global smartphone shipments which grew by 31 percent, to a record of 380.1 million units, in the fourth quarter of 2014. And it seems Apple is not having trouble holding a large chunk of the global market. Good Luck, Samsung.

Parul Ritvik Sood
iGyaan Network's newbie, Parul is a Writer, Poet, Reader and Mass Communication Graduate with great interest in startups and entrepreneurship.
You Might Also Like
AppleBusinessLatestTech
Read More